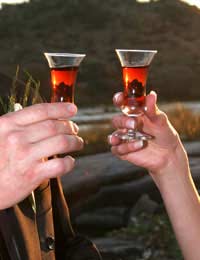 Jerez or Sherry, is a fortified wine made in and around the town of Jerez in the Andalusia region of Spain. Sherry is a fortified wine, of between 15 and 20% abv, typically. Its high alcohol content allows it to travel well, accounting for its longstanding popularity in the U.K. where it enjoys a reputation alongside gin as a drink for quaffing in the Kitchen, or for enjoying as a late evening nightcap!

Wine has been made in the Jerez region since 1100 B.C. and fortified wine was introduced to the region in the Moorish period during the 8th Century, although some argue that it was introduced much earlier by the Phoenicians.

Sherry has been exported throughout Europe since the 13th Century, and enjoyed particular popularity in the U.K. Sir Francis Drake famously seized a shipment of Sherry, making the drink a favourite under the reign of Elizabeth I. The popularity of Sherry can still be seen in the U.K. today, with supermarkets stocking a wide range of the drink.

Jerez and the Law

Sherry is strictly regulated and can only be made by producers in an area forming a ‘triangle’ between Peréz, El Puerto de Santa María and Sanlúcar de Barrameda.

After a long legal battle was fought against English Sherry producers they had to concede defeat and drop the name ‘Sherry’ from their drinking products following an EU directive in 1996. Spanish producers proved that their products were produced on the soil where Sherry originated from, and that this area lent its name to ‘Sherry’.

In the U.S. Sherry can be made and is applied as a generic term as America are not party to many of the wine making restrictions that the rest of the world is.

How Jerez is Made

Sherry is made from the Palomino, Pedro Ximénez and Moscatel Romano grapes. The former is used for dry white Sherry, the latter for sweet Sherry. The grapes are harvested in September and blessed in a local festival before being pressed and fermented.

The terroir, characterized by very chalky soil and a hot dry climate is said tio be central to the production of good Sherry. The fermentation process is aided by the heat.

Sherry is fermented in Oak Barrels placed in a row. The Sherry starts in one barrel and is moved, a little at a time along the row of barrels, which will vary from between 3 and 9 in total.

Early in the process the fermented grapes are monitored to ascertain what quality and type of Sherry they may be able to produce. Following this a small amount of Brandy is added to the Sherry, this if the ‘fortification’ process. Broadly there are two types of Sherry commonly drank: Fino (Dry, White) and Amontillado (Sweet, Red).

Sherry is often taken as a aperitif, with olives or tapas, although it can be enjoyed with a main course. Dry white Sherry is ideal for fish, whereas Red sherry goes well with roasted meats.

Sherry is used widely in cooking. 'Cooking Sherry' has salt added and can not be drank, although drinking Sherry can be used for cooking.