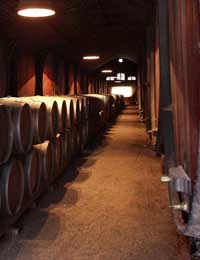 The precise origin of wine is difficult to trace although there is plenty of evidence that wine existed in Ancient Greece and was cultivated both for its flavour and its inebriating qualities as an intrinsic part of Greek culture. Greek myth, in fact, both celebrates and warns of the dangers of the power of alcohol in bringing people a sense of ‘social ease’.

The word Dionysian has been associated with wild and drunken abandon since Greek times and derives from ‘Dionysus’, the name of the Greek god of wine. Rituals celebrating the Greek god of wine, not surprisingly involved drunken revelry. Such rituals Trans migrated to ancient Rome, where Dionysus was worshipped as ‘Bacchus’. The ‘Bacchanalia’ became a regular festival attended by both men and women and marked by a sense of debauchery and scandal.

The cultivation of wine, in fact extends beyond ancient Greece to areas of the Middle East where the drinking of wine has been socially frowned upon since the advent of Islam. Interestingly, elsewhere, wine has held a place in religious ceremony to this day, as can be seen in the rites of drinking communion wine in the Christian Church.

With the growth of the Roman Empire, and later, the spread of the Christian Church, the production of wine spread throughout Europe wherever the land would allow. Wealthier Western European countries such as France, Germany and Italy naturally developed something of a monopoly on the export of wine, only recently being surpassed by new world growers such as Australia and the USA. France, Spain and Italy still produce by far the most wine on the world, although much of it is for home consumption.

Wine throughout history has been considered a drink that signifies adherence to certain values. Consequently, beer has often been seen as an inferior rival, enjoyed by the vulgar masses. Wine stood (and arguably still stands) for adherence to the principles of Christianity and conservatism: It also signifies wealth and status.

As wine spread throughout Europe, different regions developed wine in order to compliment their national dishes and celebrations. In this sense wine had become an issue of great pride, with the French and Italians having become almost synonymous in the world consciousness with quality wine. As an indicator of the seriousness with which wine is treated, it was during the Versailles peace settlement, where earth shattering decisions as to Europe’s future took place, that France demanded restrictions on the use of the term ‘Champagne’. Prior to this any region or nation could produce a sparkling wine and call it ‘Champagne’. This sent a clear message: At a time when France as a state was weakened and under threat, the strict regulation of her most famous wine was symbolic of her desire to reassert herself. France, and only France was capable of producing the crowning glory of all wines.

Wines from the ‘new world’ were until recently frowned upon. However, favourable weather and soil conditions have made California (which produces 90% of all US wines), Chile, Argentina, Australia, South Africa and New Zealand all worthy contenders on the world stage.Wine has been very important in consolidating the self image of new world nations. Being able to successfully produce wine is an indicator of a countries culinary strength as well as their wealth and vitality.

Since the 1970s economic growth has enabled many new world producers to export to European supermarkets. In recent years this has led to a surge in the popularity of the robust and usually strong (12-14% ABV) Merlots, Cabernet Sauvignons, and Chardonnay’s. As well as producing these more common wines, New World vintners are producing some real contenders for specialist European wines with Australian sparkling wines and New Zealand Pinot Noirs raising eyebrows (and glasses) in Europe.