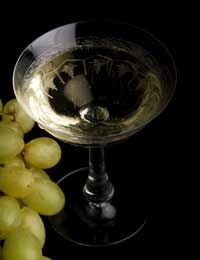 Languedoc is a wine region that has often been overlooked in the past. Languedoc wines hail from the Southern Languedoc-Roussilon region in the far South of France.

Whilst this region has often been frowned upon as a mass producer it is enjoying a growing reputation, benefiting from the fact that its better wines are not as grossly expensive as those from more appreciated French wine regions such as Burgundy, Bordeaux and Champagne. Due also to its minor reputation, Languedoc is home to an air of experimentation which may promise to hail the sought after French wines of the next generation.

Languedoc is known for growing a great number of grapes, many of which are now dominated by New World producers, such as Cabernet Sauvignon, Merlot and Chardonnay. It is Languedoc’s unique position as a French wine region with something to prove that has led to it forging a bridge between New and Old World wines. It is now a test bed for the blending of French and New World techniques. For example, producers in Languedoc sometimes label their wines by variety rather than by vineyard or locality.

Unlike the rest of France, very little is concrete in the way of appellations in Languedoc, and the biggest sub region, the ‘Coteaux de Languedoc’, created in 1985, is in a state of constant change, with no defined system of appellations. The result is that varietal wines are produced alongside vineyard wines, alongside wines from smaller regions within the ‘Coteaux de Languedoc’. This situation makes for fervour of activity and the development of wines that might otherwise have been stifled if a strict appellation system was applied.

Within the Coteaux de Languedoc reside three fairly well known wine producing zones - La Clape & Quatourze, Pic St Loup and Grès de Montpellier –alongside some lesser zones. The first of these is well known for blended whites and reds which must consist of Grenache, Syrah and Mourvedre in the latter case and at least 40% Bourboulenc in the former case. Pic St Loup focuses on similar red blends, whilst Grès de Montpellier focuses on terroir driven wines.

The Languedoc is well known for a reputable sparkling wine called ‘Cremant de Limoux’ and also a fortified wine called ‘Vins Doux Naturels’. If that wasn’t enough to convince one that this really is a region yet to be defined, bursting with potential and diversity, you may wish to know that some producers have started the habit (unprecedented in France) of producing wines with trendy branded names such as ‘FAT Barstard’ and ‘Red Bicyclette’. The former was concocted by a French vintner in conjunction with a British partner and aims to address the needless complexity that goes along with French wine labeling.

One cannot also help but be mildly amused at the way in which wines of this region tear up the rules whilst still offering quality wine, and at a lower price than their neighbours. Fat Barstard is actually a well respected drink of its kind, given its moniker due to its rich fullness!